Students are given the opportunity to:

• develop their subject expertise by engaging creatively and critically with a wide range of texts and discourses.

• create texts and reflect critically on their own processes of production, while analysing the texts produced by others.

• explore the study of English language both as a medium of communication and as a topic in its own right, with an emphasis on the ability of students to pursue lines of enquiry, debate
different views, and work independently to research aspects of language in action

• see language as a creative tool for expression and social connection, as well as for individual cognition.

Students are introduced to the study of English in its various forms and contexts, with the concepts and methods appropriate for the analysis of language underpinning all elements of the course. They are offered clear skills progression from GCSE, allowing students to build on the skills already gained and prepare for their next steps.
Students are offered a variety of assessment styles used, such as data analysis, discursive essays, directed writing, original writing and research-based investigative writing, allowing them to develop a wide range of skills.

Why is it a useful qualification?

A level English Language is an extremely useful and academic qualification, both for further study in Language or Linguistics and also as a general qualification for other career paths. It combines both creativity and analysis and will provide students with the real world skills needed to succeed after school. 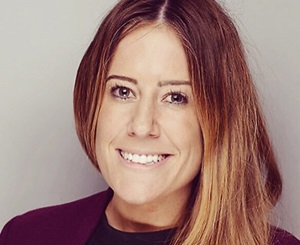 Graduating from the University of Reading in 2008 with a BA (Hons) in English and History, Kayleigh completed Journalism training in London where she interned for both The BBC and Bauer Media.

Where Are Our Students Now?